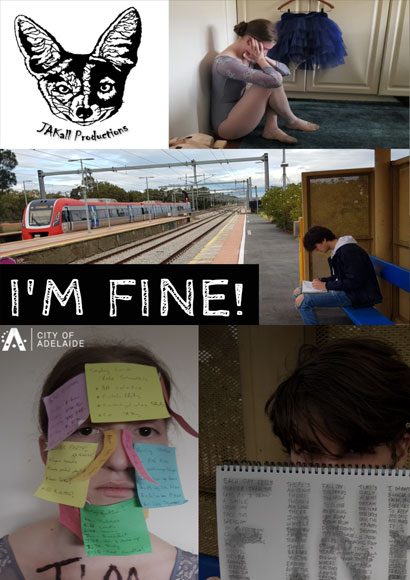 April and David are 2 teenagers trying to cope with the pressures around them. April is an anxious dancer, who is highly organised and David is a quiet kid with a talent for drawing. Their story is told twice, from different perspectives. In each iteration, we see how the small decisions we make can have a big impact on others.

Act 1 follows April, where we see her and the other teenagers choosing to not to share their struggles, nor truly wanting to know what their friends are dealing with. This ends with both April and David attempting suicide.

Act 2 follows David, this time the teenagers communicate more openly with each other. By doing this, April, David and their friends help each other, rather than suffering alone.

An original musical about teenage mental health, forged by 3 friends.