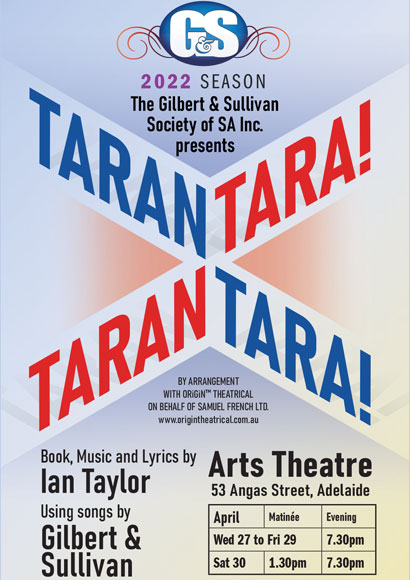 The musical play tells the story of the famous Gilbert and Sullivan partnership: the meeting, the association with D’Oyly Carte, the mounting success, the divergencies of temperament and conflicting ambitions, Gilbert’s obsession with his “lozenge” story and the trouble it caused.

Sullivan’s lavish social life and its disruptive consequences, his ill health, the famous tragi-comic quarrel over a new carpet for the theatre – these and many other episodes are covered.

Musical excerpts from the well-known operas are threaded into the story. The entire cast, including Carte, Gilbert and Sullivan, participate in these interludes, singing the various parts, and they also take on numerous supernumerary characters such as critics, friends, acquaintances etc.