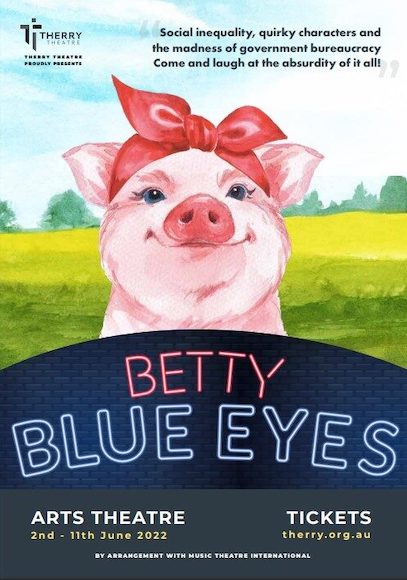 A witty, delightful, fun-filled and sensational Australian premiere. Betty Blue Eyes is set in post war Northern England: November 1947. Belts are still being tightened and the government is telling the country there’ll be fair shares for all if they survive Austerity Britain. Meanwhile, local officials feather their own nests by taking more than their fair share while others struggle to bring home the bacon. Having won the war, Britain seems to be losing the peace. The country is staggering under rationing, unemployment, and the coldest winter for decades. The only light on the horizon is a private function to celebrate the forthcoming marriage of Princess Elizabeth and Prince Philip. When their invitation fails to arrive, Gilbert and Joyce resolve to get their share of the banquet’s illegal pork roast!
Adults: $40